Trail cameras are mostly used as a hunting aid. With the help of these cameras, hunters can observe the behaviors of animals, like elks and deer, and implement efficient hunting strategies. Since these cameras are operated automatically, hunters do not have to bother spending long nights in the jungle. They just have to strap a couple of trail cameras covering the potential area and verify the behaviors of the animals prior to hunting. After the verification is done, it is a matter of deploying the actual hunting strategy with guaranteed results. 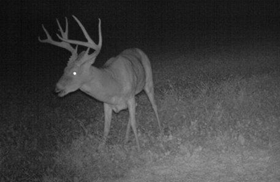 Because of the high efficiency, trail cameras have become standard hunting gear over the past period, especially for big game hunters who wish to capture the images of animals, like elk or deer. It is a wonderful way to pattern the behaviors of these animals apart from locating them with great accuracy. These cameras help hunters to observe wildlife without actually invading the territories of animals.

Moreover, these trail cameras help hunters to identify the physical size of the animals they follow and decide whether it is worth or not to hunt. Apart from that, these cameras can provide clear footage of potential predators in the region; hunters can prepare themselves accordingly.

Apart from that, by using trail cameras, photographers can minimize the chances of getting closer to dangerous wild animals; yet, they can capture their behaviors efficiently. The following images are perfect examples that display the efficiency of a trail camera as a wildlife photography tool. 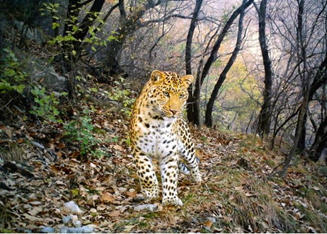 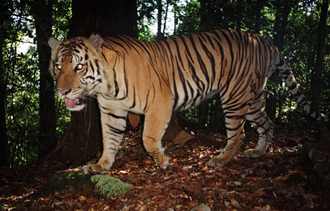 A Sumatran Tiger captured by Jeremy Holden with the help of a trail camera. Jeremy is a freelance photographer based in Singapore. This was captured along a forest ridge trail in Kerinci Seblat National Park, Indonesia.

Notable advancements of the trail cameras

As a response to the rapidly increasing demand, manufacturers integrated various advancements into trail camera technology for the delight of different types of users across the globe. Since the invention of trail cameras (AKA camera traps) in 1880 by wildlife-enthusiast George Shiras (yes! or the surprise of many, trail cameras have such long history), the technology has evolved massively.

Infrared
In the early stages, trail cameras eliminated trip wires and bright conventional flashes. With these initial upgrades, trail cameras became a more remotely-operative tool allowing users to be away from the natural habitat. Under the initial upgrade process, the bright flashes were replaced by infrared technology. Nowadays, trail cameras come with different types of infrared flashes: no-glow infrared, red glow infrared, white flash, etc. Depending on the requirement, the user can switch to a camera with the appropriate mode.

One of the most remarkable upgrades across almost all the trail cameras is HD capture technology. Since people hardly tolerate low-resolution images these days, going HD was a compulsory advancement for trail cameras, too. Different manufacturers offer cameras with various resolution values.

Programmable time-lapse
It is true that motion capture technology helps to capture a large number of shots. It is also true that because of motion capture, the camera will not miss a single shot whenever an animal steps into the coverage zone. However, when it comes to tracking and studying the game, it is extremely useful to deploy time-lapse photography.

Understanding the usefulness of the time-lapse feature, modern top-graded trail cameras come with programmable time-lapse software. With the help of such a program, the users can schedule the camera to capture images during specific time slot(s) of the day and night. For instance, the most common time-lapse schedule is programmed to be in two slots; one in the morning (about 15 minutes before the sunrise) and another one at the end of the day (about 15 minutes after the sunset). This doesn’t affect the regular motion capture feature. Some of these programs come with features to convert the captured images into a video.

Increased trigger speed
Gone are the days that trail cameras captured numerous images with just half an animal or blank photos. With the help of the modern technology, trail cameras now have lighting trigger speeds to capture even the fastest moving animals. If the motion capture is not backed with a superb trigger speed, the end result will not be a pleasing one. Trigger speeds of the trail cameras can vary from a few seconds (which is a slow speed) to a superfast 1/20th of a second. In general, trigger speeds less than 0.5 seconds are considered to ideal.

Don’t forget the manual shutter release though!
Despite all the modern high-tech features, most of the trail camera manufacturers have ensured that the manual shutter release remains with the cameras. Although this is not a huge deal, this feature can become very handy at times, especially when users walk to setup the cameras in the desired location.

Connectivity
Regardless of all the hard work, including finding a site, setting up the camera and capturing exceptional images, it is important for a camera to have advanced connectivity options. Thanks to the advancements of modern technology, there are many ways to retrieve captured data from trail cameras. Because of these modern methods, you don’t necessarily have to remove the storage device and put it back to another device to retrieve data; those days are gone now! Bluetooth and WiFi technology play a major role in terms of connectivity in modern trail cameras.

All these modern trail cameras come with Bluetooth connectivity that features faster data transferring from cam to other devices (mobile, laptop, etc.) at the end of a capturing session. Other than that, the latest trail cam versions are compatible with WiFi to the delight of many users. With the help of WiFi, users can either view the captured images in real-time or after the shoot. The captured images are easily viewable via smartphones; the process is backed by freely downloadable apps for both iOS and Android that is provided by camera manufacturers themselves.

Increased power
No matter how good the quality of the images or the smart functions integrated to the trail camera, it can be highly annoying if it doesn’t have enough power to last long. Most of the models come with replicable batteries (either AA or C-cell), which can be carried anywhere easily. Meanwhile, there are some models that come with 12V DC input jack, enabling extended shooting time.

Unlike a few years back, there are hundreds of trail camera brands and models available in today’s market. So, it is important for you to select a brand that has some reputation. Always be sure to read some customer reviews before purchasing a trail camera.