We are Operating - business as usual. Shipping DAILY!
Share
0 comments

Purchasing a 3G MMS Cellular trail camera is something you should never do without doing the research first. If you need to end up with a good product, you should have good knowledge about the features of the camera and if it is capable of serving your needs. Some of these trail cameras are plug-and-play devices.......

Why S158J is a better option than a 3G camera

Purchasing a 3G MMS Cellular trail camera is something you should never do without doing the research first. If you need to end up with a good product, you should have good knowledge about the features of the camera and if it is capable of serving your needs. Some of these trail cameras are plug-and-play devices, while some devices demand specific knowledge from the user to configure and operate them.

A trail camera enthusiast may easily get overwhelmed with the variety of options available on the market. Without prior knowledge about these cameras, it can be a really difficult task to distinguish the most appealing model. However, the S158J 3G trail camera can be identified as a wise choice among the hundreds of thousands of models on the market due to the options it features.

Introduced by Spromise, S158J is a top-notch trail camera that comes with various sophisticated features. Providing full HD pictures with sound is one of the most remarkable options of this particular trail camera. Since this camera operates on a 3G network, the user can receive pictures even when they are far away from the camera; full HD pictures are sent to the owner in the form of an MMS instantly or via GPRS data network saving you money, on $30 Telstra prepaid card you can send upto 1500 photos. Moreover, this special camera comes with invisible Black Flash IR technology, so it is hardly detectable by the intruders of all forms.

This camera is controllable with SMS – thanks to its two-way SMS controller technology. In fact, this camera is a reliable gadget to monitor property and wildlife alike even when you are miles away from the place.

Usually, sophisticated trail cameras are rather complicated to use, while easy-to-use cameras come with pretty much basic options. However, unlike most of the other options, the Sopromise S158J 3G is introduced to the market as a rare combination of both user friendliness and high-end features. That is why this next generation trail camera is gaining popularity at a rapid speed. Whenever the 3G network isn’t available, S158J will automatically switch into GSM mode and start transmitting images. Thanks to the sophisticated program, this device can send a photo on demand, too. There are lots of programming options available with this smart device: it can be configured easily to comply with your needs. As a superb value addition to this innovative camera, it comes with a powerful, long-lasting battery that has an extra long battery life. In fact, it has 500-day standby battery life to the delight of users.
The external aerial included with this trail camera can maximize the respective cellular coverage and grab stronger signals.

Reasons why S158J is a better camera than most of the other models
For many reasons, S158J stands ahead of its competitors. In fact, many experienced hunters and other gaming camera users have praised the features of this device. Here are some of the most noticeable reasons for anyone to consider S158J as a better option. 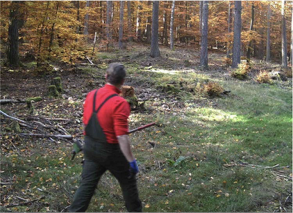 S158J comes with a powerful 12-megapixel camera (new version is upgraded from 8 MP to 12 MP) that features full HD quality images and 1080p full HD videos. Such image quality is perfect even for wildlife photography and videos other than for use as just a trail camera. More importantly, the crystal clear images taken by this camera offers users the opportunity of referring even the finest details of the covered area.

Better motion sensing range
It comes with an 18 metre motion sensing range. This means, your S158J trail camera is capable of detecting the motion of an object even when it is 18 metres away. This is a great option for hunters and property owners alike to capture animals and other intruders in a larger range without having to install multiple devices to cover an area. 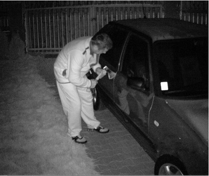 Works on 3G network
Unlike the conventional trail cameras that need manual operation to send captured pictures to another device, Spromise S158J works on 3G cellular signals. Because of this sophisticated feature, the users don’t have to manually control the camera; it can be done via SMS. Even the captured images will be sent to the users’ end via MMS, allowing them to track the premises even on the go!

Less than 5 Seconds
Came will take less than 5 seconds to send photos using MMS to your mobile or GPRS to your email, making this camera the best and most effective camera in the field.

Full HD 1080P Videos
Having an option to capture the recording in the form of full HD 1080p videos is an absolute luxury for any trail camera enthusiast. Adding more value to this high-end capturing option, Spromise S158J comes with a high-sensitivity sound recording option; the users can have a better idea about what the camera has captured because of this multimedia function.

Invisible Black IR
One of the common downsides of most trail cameras is their visible infrared light, which is utilised to capture at night. The appearance of such light is a disturbance to the natural habitat of the wild animals. Moreover, the trail camera can be made vulnerable to be stolen or become useless if potential intruders can see it. Having understood this practical fact perfectly, manufacturers of S158J have made a wise move to include invisible Black IR technology. Because of this technology, the device is more discreet and productive.

Real-time updates
The usability of a trail camera increases significantly if it can facilitate real-time updates. Thanks to the high-end technology used with the S158J, it is capable of sending real-time images to the user, so the user gets maximum use of what he spent.

Multiple media to send you the images
Since S158J works on 3G signals, it has multiple ways to send you pictures. You may select MMS, GPRS or email technology to receive the captured images without any delay.

Sophisticated mobile app
The secret behind the rapid and efficient image transferring of Spromise S158J is its powerful mobile app. This app includes all the essential controller options and image acquiring features for the delight of the users. In fact, this app allows the user to have total control of the camera even while on the move. 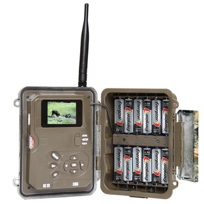 Considering the superior image quality and video quality, manufacturers have made this camera to support up to 64GB of memory. It also comes with a built in 3” colour LCD when you need to operate the camera manually and view the images. It has great water resistant characteristics, so you don’t have to worry about using it in extreme weather conditions. Since this masterpiece operates via 3G network and yet also supports dual-band, coverage is everywhere.

Using S158J over conventional trail cameras
In fact, most of the trail cameras are either too complicated to use or have less options to go for first-class capturing. Spromise S158J comes as an integration of the user-friendliness and high-end technologies for a better, shaper and effective capturing. It can be easily operated, but the manufacturers have not compromised on the innovative features of this camera over the user-friendliness. It can be completely controllable and observable via the sophisticated app that is provided totally free.

The integrated powerful two-way communication system is exceptionally advanced; it is a matter of sending a command via your mobile phone. No matter whether you are on the move or miles away from the camera, control is at your fingertips.

The uses of this exceptional trail camera is highly versatile because of its high level of image quality, ability of sending real-time updates, sound recording option, invisible black IR, etc. Other than using it as a trail camera, you can even use it for the purposes of wildlife photography, security camera footage, as a farm gate camera, etc. Spromise S158J, the BlackGuard trail camera, is tested to be one of the most productive trail cameras to ever enter the industry.

Conclusion
If you expect to invest in a trail camera, Spromise S158J is a product worth trying. Improved features of this highly sophisticated trail camera will guarantee the best return for the money you invest.